The Story of the MPG

The Music Producers Guild: still cool after all these years

A ‘guild’ operates somewhere between a professional association, such as might attract doctors or lawyers and a trade union. In other words, it has its privileges but it also has its feet firmly on the ground… key conditions for the pivotal role of the record producer. After all, this is the person who guides the music from the artist to the public.

So it was an apt choice of words when the founders of The British Record Producer’s Guild got to work. Blending an executive understanding of tact and discretion with an artisan’s grasp of physical tools, this Guild became everything enlightened self-interest should be: efficiently pursuing the goals of its members in a confusing world of hi-speed and hi-tech change. In fact, it’s more relevant than ever before. The founders are familiar names. The late, lamented Gus Dudgeon is especially remembered for his production of Elton John’s defining work in the 1970s. Mike Vernon’s CV is a who’s who of British blues-rock from Mayall to McVie. Quite apart from his success as a musician and performing artist, the legacy of Alan Parsons as a producer and engineer on seminal albums by The Beatles, Pink Floyd and others is a cornerstone of everything the Guild stands for.

These three luminaries were prompted by Bob Hine, a key figure in the supply of recording tape to British studios via his association with the manufacturer BASF, to establish some kind of lobby for the craftsmanship and professionalism he saw.

There already existed the Songwriters Guild, the Association of Professional Recording Studios and, in film and TV, legions of international directors’ guilds and academies that had achieved recognition for their members – something long overdue for the people behind the musical revolutions of the ‘60s and ‘70s. And so, in 1985, The British Record Producer’s Guild was born.

Almost immediately the nascent Guild was given a wilfully cutting edge, with an invitation to both Rupert Hine and Robin Millar to join the cause.

“The five of us sat around a table,” Hine remembers, “and after lengthy discussions we realized that the reasons for justifying the existence of such an organization were at least as numerous as the number of producers invited.” At the time, Hine and Millar were populating the UK and US charts with hugely successful contemporary acts ranging from Sade, Everything But The Girl and Big Country to Howard Jones, The Thompson Twins and the revitalized Tina Turner, proving from the outset that the Guild would be in touch with up-to-the-minute tastes.

“Robin and I were immediately interested in the potential power of a group of independent ‘voices’ speaking for those who play a large part in defining the sound and direction of contemporary recordings,” continues Hine. “The opportunity to tackle creative issues with other relevant parties such as A&R people and radio producers were my main motivation. For Robin, other charges like a producer’s right to earn income from radio play could become viable, if launched from within an organization of strength.” The agenda duly stretched to producer royalties, A&R development, broadcast rights, digital distribution and recording technology, among many other issues, steered by a growing roster of active and committed protagonists such as Phil Harding, Peter Filleul, Nicky Graham, Mick Glossop, Mike Howlett, Steve Levine, John Leckie and Tony Platt. 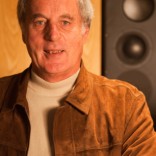 “Speaking for myself, being a record producer is quite a lonely job,” comments John Leckie. “The MPG brings us together. We’d work with engineers, but never with other producers. This is how we find out what our peers are going through! It’s what immediately attracted me to join, round about 1986.” With a brief name-change to ‘Re-Pro’ in the late 1990s, and then to the current title, the Music Producers Guild has inspired numerous copies around the world in its pioneering wake. 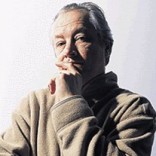 As a non-profit making, volunteer-driven model, its altruism is hard to replicate but, according to Tony Platt, this is exactly why it works. “It isn’t a union,” he points out. “It’s more like a support network. That does include ‘social networking’ in the online sense, but there’s much more. We British are not very good at sounding our own trumpets, so one of the most important things the MPG does is promote all of the wonderful expertise, skill and creativity that exists within our community. We’re quite prepared to stand on a chair and shout about how good everybody is.” 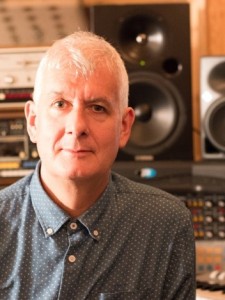 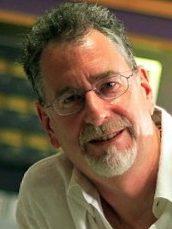 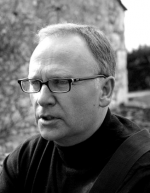 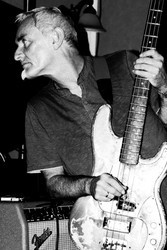 Names like Mark Ronson, Youth, Tony Visconti, Geoff Emerick, Gil Norton and Paul Epworth have continued to enrich the membership pool over the years, with a firm grip both on chart success and a landscape of recording technology that today balances digital methods with ‘vintage’ equipment and techniques. The recent influx of a new generation of members who embrace these hybrid methods with ease – including Roni Size, Charlie Andrew, Catherine Marks, Cameron Blackwood, Tom Elmhirst, Olga Fitzroy and Mandy Parnell – pays further tribute to the MPG’s secure future. 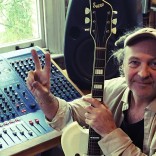 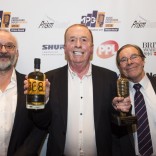 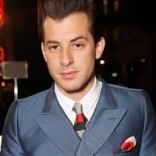 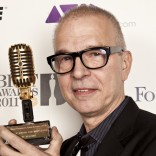 “It’s the support, encouragement and community that the MPG and its members provide that has been the most beneficial aspect of being a member,” says Catherine Marks, winner of last year’s Breakthrough Producer of the Year award, “knowing that we’re all striving for the same thing and all experience the same real personal and creative battles, trying to make great records through our diverse approaches and hopefully learning and growing along the way – no matter what part of the industry we work in. Our personal experiences and achievements may differ, but ultimately there is the reassurance that, in a way, we’re all in this together.” 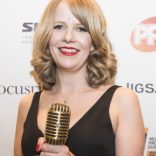 “I’d been aware of the MPG for some years,” says Olga Fitzroy, “as the annual awards is one of the few music awards that focuses on engineers and producers, and I was lucky enough to win the Engineer of the Year award in 2016. Other than the awards and some social events, I have to admit I wasn’t that sure what they did – until I asked them for help with a campaign I wanted to start to bring in Shared Parental Pay for the self-employed. They’ve been incredibly supportive and invaluable in opening the doors of other industry bodies including the music industry lobbying organisation UK Music. Together we’ve managed to meet senior politicians and even see the policy included in the Labour Party manifesto. Being part of a small-ish but well-connected organisation gave me much-needed support and infrastructure for what was essentially a bit of a DIY project. We hope to continue to work together on this until the legislation is changed.” 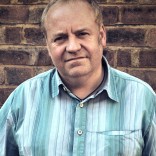 Clearly, the MPG is more relevant than ever before. “In my few years the strength of the MPG has risen with members being able to bring issues to the table with real results being made,” says producer and MPG Executive Director Cameron Craig. “The MPG is more than ever being sought for its opinions on matters that relate to how the industry moves forward in these changing times, giving it an ever stronger position within the UK music industry. It’s your MPG… get your voice heard.”

The link between past and present is clear, even as the record industry evolves rapidly into forms that are increasingly hard to predict. But given the complexities of internet-based culture and media, the cool, calm heads inside the MPG are needed more than ever, embracing the realities of today while protecting the concerns of record producers tomorrow. All those who have emerged within the UK music industry with production credits deserve to support the MPG and, in turn, have its support.

“We all work in our separate boxes,” Mick Glossop reflects, “so the sense of community that the MPG creates is essential. There was a time when we’d bump into each other in a studio corridor somewhere, but today it’s the MPG that binds us together.”