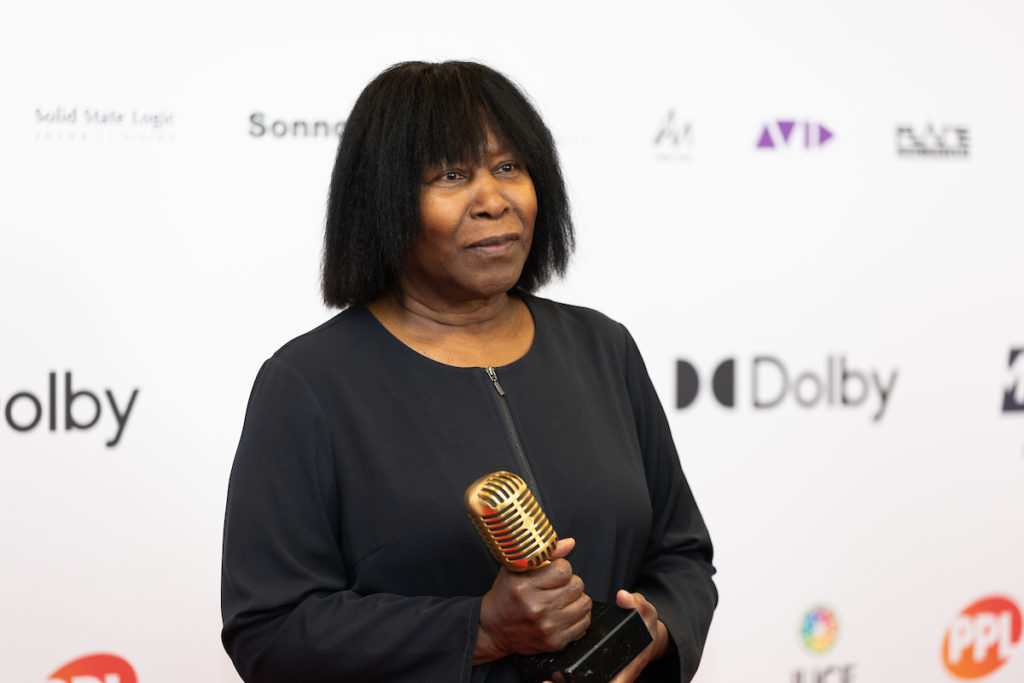 Following an exciting ceremony at The Tower Hill Hotel in London, The Music Producers Guild has now announced the complete list of winners for the 2022 awards. Now in its 14th year, the annual event has become a benchmark for recognising early talent in the industry, who later go on to lead it.

Olga FitzRoy MPG Executive Director said “It’s wonderful to see the career-progression of some of our winners this year – it shows that progress and longevity are possible in this industry, and that the MPG Awards, voted on by working professionals, really are among the most meaningful of music awards.”

Another notable recipient was the singer-songwriter, guitarist and producer, Joan Armatrading who received the PPL present The MPG Outstanding Contribution To UK Music award. During an interview with BBC Radio 4’s Women’s Hour, the three-time Grammy Award nominee said, It was “absolutely fantastic” and a “big compliment” to receive the award.

This year saw the return of the Unsung Hero Award, the only category open to anyone in the industry, which was won by #BrokenRecord campaigner Tom Gray.

New categories Vocal Producer of the Year, which was presented by Ellie Goulding to Lorna Blackwood for her work with Dua Lipa, & Calum Scott and the Rising Star Award that replaces the previous Breakthrough Engineer category to include early-career recording, mix and mastering engineers, in an effort to highlight more of the new talent rising up through the industry.  This award was presented to Matt Taylor who said “This month marks exactly 10 years since I left the care system, so to be recognised in this way by my industry is surreal, and an honour. This is a brutal industry for a careleaver, where having no family or financial support makes it nearly impossible. I hope that my success will now begin to shift the tides so more people like me can survive and thrive in recording. I may be the first care leaver to win an MPG Award, but I’m gonna make sure I’m not the last!”

The Music Producers Guild Awards featured a total of 15 categories, each designed to recognise and celebrate the best and brightest stars of music production, along with the industry’s new talent. The event was hosted by tastemaker and broadcaster Abbie McCarthy, with Max Hardcastle, Coco Cole and Matt Puffett (from FBA, UNKLE) providing the afterparty music.

Producer of the Year, sponsored by Flare Audio

Writer-Producer of the Year, sponsored by Session

Breakthrough Producer of the Year, sponsored by Sonnox

Recording Engineer of the Year, sponsored by AMS Neve

Mix Engineer of the Year, sponsored by Miloco

Mastering Engineer of the Year, sponsored by Solid State Logic

Vocal Producer of the Year, sponsored by Synchro Arts

Studio of the Year, sponsored by Dolby

Composed & Produced by Clark (aka Chris Clark), Engineered and Mixed by Tom Bailey

Album of the Year, sponsored by Avid

The MPG Inspiration Award, sponsored by Audio Note, was awarded to Linda Perry

PPL Present The MPG Award For Outstanding Contribution To UK Music, sponsored by PPL and awarded to Joan Armatrading.

Thanks to all our sponsors