The Music Producers Guild’s Q-Time event proved its popularity once more with its second outing on January 14th 2013 at The Hospital Club in London’s Covent Garden. Nearly 100 people filled the room on the first floor of Dave Stewart’s members’ club to listen and contribute to the debate on pressing issues affecting music producers, artists, recording engineers, mixers and all those involved in the production of recorded music.

Topics ranged from the government’s failure to recognise the music industry as “creative”, the audio quality of digital music files, the continuing closures of major UK recording studios and the effects of reduced revenue of recorded music sales on the incomes of producers and non-performing songwriters.

Many thanks to all those who submitted questions.

The debate was informed, entertaining and vital, and the chairman’s direction ensured an active participation from the attentive audience.

• Having just read Neil Young’s recent book in which he raves about his PONO hi-res digital audio format, which he claims to be a genuine alternative to crappy Mp3’s and AIFF’s, do you think it will have any effect whatsoever on consumers or the industry, or just be an elite platform for audiophiles, and does anyone care anyway?

• What does the panel feel about the Music Industry missing out on the £6m Investment handout to ‘Creative Industries’ by Chancellor George Osborne in his Autumn Statement on December 5th?’ – funding was given to British video games, movie, TV and animation industries instead.

• Proper remuneration for producers, engineers and musicians is increasingly difficult to obtain. Clearly some more up-to-date attitudes towards how the cake is sliced need to be developed. How can this be achieved and who should be leading the way?

• In 10 years time, what do you believe will be the biggest revenue stream for musicians & producers, and why?

• On the day we learn that planning permission has been given to turn David Gray’s Church Studio into shops and flats, what can the UK recording industry do to preserve the last few remaining medium-to-large size recording facilities in London? 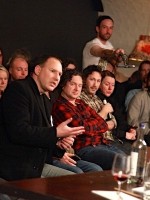 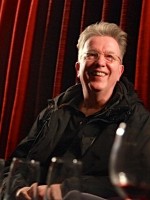 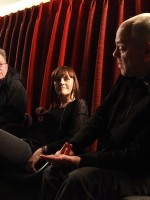