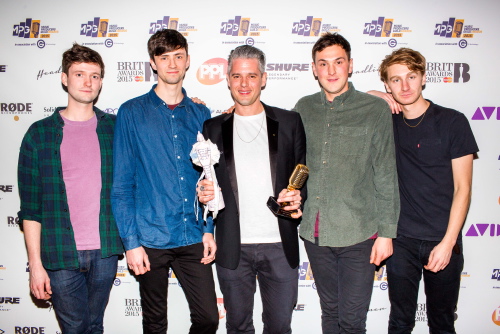 Paul Epworth, winner of the UK Producer Of The Year award 2015

Less than a decade since its inception, the Music Producers Guild Awards has established itself as one of the most important events on the music industry calendar. Every year, hundreds of artists and music industry VIPs flock to this annual event – the only Awards ceremony in the UK to fly the flag for producers, engineers, remixers and mastering engineers.

“What makes these Awards so special is the fact that winners are chosen by their peers,” says MPG Awards Group Director Tony Platt. “While anyone can submit a name for consideration, the actual voting process is undertaken by Full Members of MPG – in other words recording professionals who understand the recording process and truly recognise what our nominees have achieved. By restricting voting to Full Members, we ensure that our awards are only given to people who have really earned them.”

Voting for the 2016 Music Producers Guild Awards gets underway on October 22nd, 2015, and runs through to November 2nd 2015. MPG Full Members can vote in 12 of the 15 Awards categories, with the three remaining Awards (Outstanding Contribution, Inspiration and Innovation) being in the gift of the MPG. To vote, Full Members should visit the voting page and follow the simple instructions.

There is still time for recording professionals who are currently not members of MPG – or are not Full Members – to join or upgrade to full membership so that they can play an active role in deciding who should win one of these prestigious awards.

The 2016 Music Producers Guild Awards will take place on February 3rd, 2016, at the prestigious Grosvenor House, Park Lane, London – a new venue for this event and one that offers the additional space needed to cater for ticket demand.

With momentum growing for the 2016 Awards, more and more companies are also lining up to support the event.