‘Under The Hood’ – first in a new series of MPG events

The first in a new series of MPG technical events was held at the renowned British Grove Studios on Friday, 13th November.

‘Under The Hood’, as the name suggests, is aimed at going beyond the manufacturers demonstration of (and possibly intention for) a given piece of equipment.

In this first event a stellar panel of professionals had the chance to get their hands dirty with the Meris brand in the presence of a small number of MPG Full Members. The evening was compered by producer and MPG Director Andrew Hunt, it was a tremendous success!! 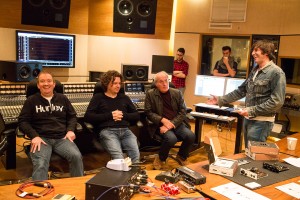 MPG Full Members Andy Bradfield, Cam Blackwood and John Leckie were in the driving seat, putting both the Meris 440 and Meris Ottobit through their paces.

The intention of the event wasn’t to simply demo the products but to see exactly how each panellist would prefer to test the equipment at their disposal. With this in mind, we’d tried our best to prepare for every eventuality.

Guitarist Scott Nelson was on hand with an acoustic, electric and bass guitar, Rosie Shann to cater for any vocal needs and panellist Andy Bradfield had kindly brought along a Pro Tools session that contained DI’d guitars and some drum tracks should anyone choose to re-amp. 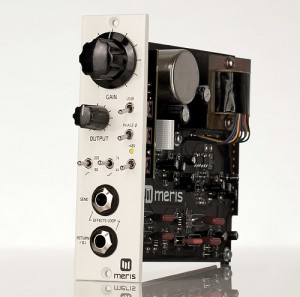 First up on the inspection ramp was the Meris 440. A hybrid discrete, 500 series preamp.

Although at first glance you may think that the 440 is ‘just another 500 series preamp’, the manufacturer’s selling point here is that the 440 has an instrument level guitar effects loop on the front panel. The intention being, that you can either DI an instrument (possibly in a project studio situation) and feed the signal through an effects loop before it hits your DAW. Alternatively, you may use the loop to send your signal to your effects post your guitar amp.

John Leckie was the first under the hood, he really wanted to know what the preamp sounded like before making any comment or judgement on anything else. 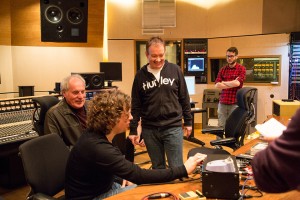 So, we asked guitarist Scott Nelson to play a variety of different patterns and repeat them whilst we recorded them through a Neve 1073, then using the preamps on the API desk in studio 2 at British Grove and finally through the Meris 440.

On both recording and play back it was fairly clear which was which.

What surprised the entire room though, was how good the Meris 440 sounded! It stood up with ease against the other big names and showed that it had a sound and character of it’s own.

John was immediately ‘impressed with the sound’ with Cam Blackwood expressing ‘how fast the transient response’ was. The entire room felt the guts and richness when the 440 was driven. Andy Bradfield added that there was a ‘great saturation when cranked’ and ‘when you start to drive it on the acoustic guitar, it didn’t break up at all, it got fatter and nicer, which is great!’ 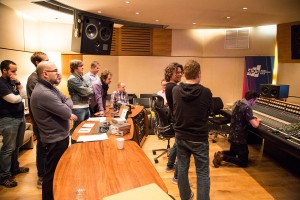 It wasn’t all good news though! It was felt that there was a real lack of information with the legending on the front of the unit (which we later found out is a design choice for a minimalistic approach) and although the pots were very smooth, they bordered on loose, potentially presenting problems, easily getting knocked accidently when in a working situation.

Upon introducing the effects loop, the excitement dwindled a little. We had a good selection of effects on hand, so brought Scott into the control room to DI his signal.

Using the 440 (as a DI) in this way the preamp is bypassed, so in essence you have a DI going through some effects. Whilst there was nothing wrong, nobody was overly surprised by the capabilities. In fact, everyone felt sure that the signal was actually very prone to distortion in this situation. As Meris are very experienced in the effects arena, the panel felt sure that this was circumstantial and given a little more time to tinker, the results would have been better.

But tinker they did not, as the decision was made to waste no more time in getting to the Ottobit! 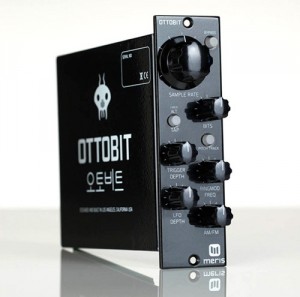 The Meris Ottobit is the second 500 series unit from this young, boutique company, based in Los Angeles, California.

It is designed for sample rate decimation, bit reduction and has a pitch track enabled ring modulator amongst other features.

Out of our three panellists, I think it was very apparent that Mr. Cam Blackwood was VERY excited by this product.

We asked Scott to play a variety of lines and riffs, some long notes, some percussive, staccato, arpeggiated patterns and so on.

The Ottobit performed exactly as you’d expect, adding grit, through to (almost) white noise as the bits were reduced. When the ring modulator was brought in, an array of ‘video game’ sounds was introduced providing all the excitement you’d expect from the ‘always surprising’ artefacts a unit like this can introduce. 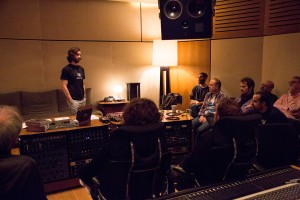 Putting vocals through the unit was equally exciting but here again, the panel found that the lack of legending was detrimental. There is no way to tell exactly what sample rate you are reducing the bit rate to!?!

The real fun came when drums from Andy Bradfield’s session were fired through the Ottobit. LFO’s were introduced and spine tingling hi hat sounds came out!

The real beauty of this unit is that it’s ‘hands on’. You’re not operating through a control surface or mouse; you’re twiddling knobs with both hands, pushing buttons and getting fully immersed in the creative sounds that come back to your ears.

As time crept up on us and questions about the units built, we turned directly to the manufactures!

We had the pleasure of quizzing Meris founder Terry Burton and DSP Engineer Angelo Mazzocco directly from L.A. via Skype.

In a conversation that lasted almost half an hour, they were able to answer so many of our questions and in turn we were able to give them some valuable feedback about their products. We covered the areas of cosmetic design and future development, as well as impedance, AD/DA latency, aliasing and anti-aliasing and much more.

In short, we concluded that the units are well made and sound great although better legending and stiffer controls would make them even more desirable.

Speaking from Meris, Terry Burton said: “It was great fun to discuss, face to face, the innermost techie details of our gear with engineering legends. Good product feedback and insight into studio workflows were invaluable. Hope we can be on site next time to share a pint!”

As you can imagine, the details and intricacies of the entire event are far too vast to try to include in any singular write up, it’s one of those situations where you really did ‘have to be there’ but we hope this is the start of a new and exciting series of MPG events. 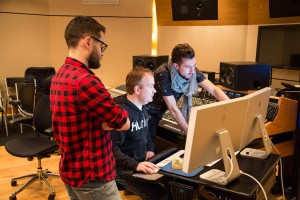 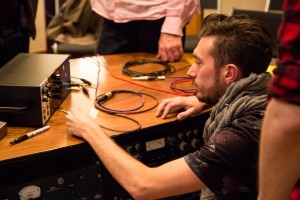 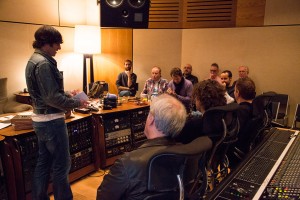 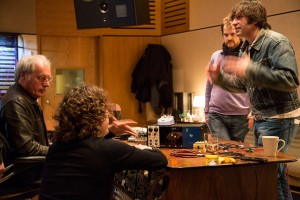 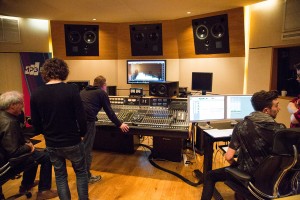 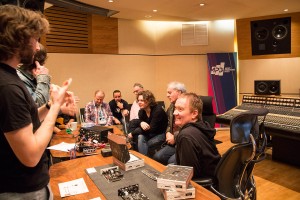 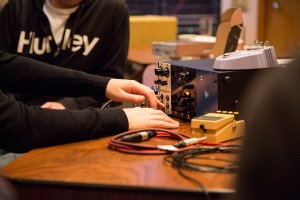 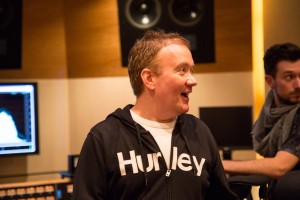 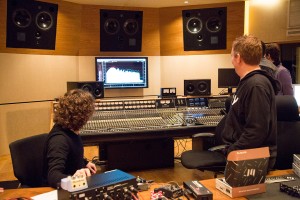 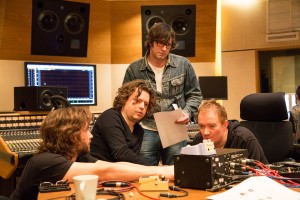 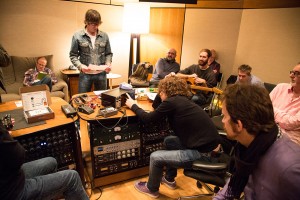