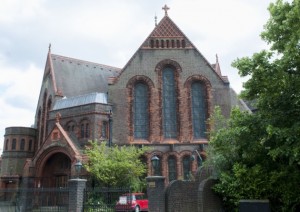 Following a recent article in the Ham&High newspaper, the MPG would like to reiterate its support for AIR Studios in its on-going fight to save its main orchestral recording studio, The Lyndhurst Hall, from closure.

For those of you unaware of the situation, a nearby resident has applied for planning permission for the construction of a large basement underneath their home, the vibrations from which would render recording sessions impossible for a number of months. Although the threat of closure remains very real, planning permission has not yet been granted by Camden Council and currently AIR is open for business as usual.

AIR studios is one of only studios in the UK with world class orchestral recording facilities for major feature films both nationally and internationally. The loss of such a facility, even for a short time, would have a significant knock-on effect on the UK music industry as a whole, as composers and film makers take their business overseas.

We call on Camden Council to reject this planning application and additionally demand all local authorities and government urgently take steps to better protect the UK’s recording facilities, so as to not only ensure that this country remains a world leader in the production of music for film and television, but also to maintain the benefit to the UK economy generated by the music industry, as well as the countless jobs it provides for sound engineers and producers.