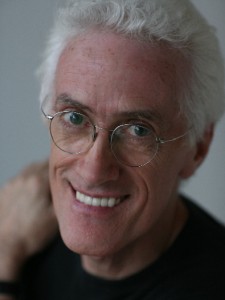 The MPG board are deeply saddened to hear of Rupert’s passing. Rupert was instrumental in the establishment of the British Record Producers’ Guild, the forerunner of the MPG.

His final project celebrating the 30th anniversary of One World Voice launched last Friday 5th June, the day after his passing.

We have invited founding members Robin Millar, Peter Filleul, Hugh Pagham and Alan Parsons to share their memories of Rupert:

Rupert and I started our musical journey together in Bayswater in 1973 and he was a mentor, an inspiration and a true Renaissance man. He was one of seven producers who realised the music industry needed quality control, standards and the continued education of young record makers and who founded what is now the MPG. Throughout my long tenure as Chair, Rupert was supportive, creative, pushy on our behalf and was still in 2020 working tirelessly to encourage innovation and to bring through new young people with imagination. We loved him and will miss him every day.

Rupert’s prolific career in music creation, production, performance and technological innovation included an eclectic mix of projects and diverse interests. Rupert was a founder of the British Record Producers’ Guild, the forerunner of the MPG in the UK and NARAS’ P & E wing in the USA and was a recipient of the APRS’ Sound Fellowship.
Our thoughts are with his wife, Fay and his family and friends with whom we share this very sad loss. Rest in Peace, Roop.

I first met Rupert in 1973 when I was 18 at Farmyard Rehearsal Studios in the country very near to where I lived. He was this bundle of energy and seemed incredibly sophisticated and grown up to me (even though he would have only been 26). We hit it off right away and soon became great friends. Not long after I had landed a job as a tape op in a London studio Roop co-formed the band Quantum Jump and asked if I’d do the out front sound mixing at some of their gigs. I didn’t think I was qualified but Rupert said ‘Don’t be stupid, of course you can do it’.  That was the kind of person Roop was – always up, so positive, full of passion and extremely funny with it all as well. His talent as a musician and producer gave everybody he worked with huge inspiration and was thus a total joy to be with.  All these attributes therefore made him the perfect person to be a founder member of what started out as being called The Record Producers Guild in 1987.  I felt honoured to be asked to join along side him. His contribution to the many facets of the music business he touched will live on forever and he will be sorely missed by all of us.

Until the formation of the Producers Guild in 1985, Music Producers did not usually have the opportunity nor the occasion to meet each other.  Rupert Hine and myself were there right at the beginning along with other industry luminaries such as Gus Dudgeon, Robin Millar and Mike Vernon, many of us meeting each other for the first time.  Rupert’s skilful crafting of the countless successful acts he produced needs no further mention, but his support for the cause and livelihood of Music Producers was exemplary.  He was always a voice to be heard and he was hugely influential in the way the Guild developed.  We will all miss him greatly.