The Music Producers Guild has announced that Producer and DJ Roni Size will be the recipient of its 2017 Inspiration Award.

This prestigious award, sponsored by Audio Note, is given to a recording professional who, in the opinion of the MPG board of directors, is responsible for a body of work that has significantly inspired others. Previous recipients have included Nile Rodgers, Damon Albarn, Glyn Johns and Sylvia Massy. 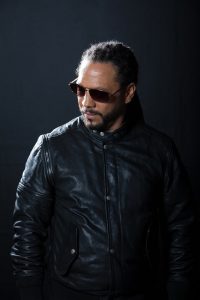 A Bristol native, Roni Size’s unique approach to music production has earned him many accolades and marked him out as a true pioneer. His ability to create fresh sounds and styles has given electronic music an entirely new direction by allowing it to move from its original club base to large arenas and festivals stages. Reprazent, the drum and bass collective he founded in the mid-1990s, took the world by a storm when their New Forms LP won the Mercury Music Prize. The album quickly went platinum thanks to modern day classics such as Watching Windows, Heroes and Brown Paper Bag.

Tony Platt, Managing Director the MPG Awards group, says: “Roni is an inspiration on so many levels. His fresh and inclusive attitude to music production and performance has opened doors for so many aspiring artists and musicians. Staying true to his roots he has avoided the sterotyping of the modern music industry. Perhaps these words from his website sum up why we are delighted to give him this MPG Inspiration Award: “He has at each stage created completely afresh not just a sound or style but an entire methodology of how music can be made. And each time, that new creation has reflected his heritage, his surroundings and the precise moment in which he’s operating.” 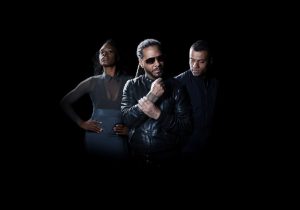 Size’s poduction credits span dozens of labels, projects and releases and he has worked with many ground-breaking artists including hip-hop legend Method Man, Rage Against The Machine’s Zac de la Rocha and beat-box master Rahzel. More recently he collaborated with the BBC’s Nature’s Great Events composer, William Goodchild, to mark the re-opening of Bristol’s Colston Hall. The gig, complete with an orchestra and choir, was an enormous success and rightly dubbed the “show that we’ll be talking about for years to come.”

Roni Size will be presented with his Inspiration Award at the MPG 2017 Awards ceremony, which takes place at the prestigious Grosvenor House, Park Lane, London, on February 16th 2017. Now in its ninth year, these awards are a highlight of the music industry calendar and regularly attract a host of artists, celebrities and music industry VIPs. The 16 award categories recognise the best and brightest names in music production and reflect the incredible wealth of creative talent that is present among UK recording professionals.

Tickets for the 2017 MPG Awards event are available here.

You can listen on-line to this interview with Roni Size, conducted by MPG press officer, Sue Sillitoe.