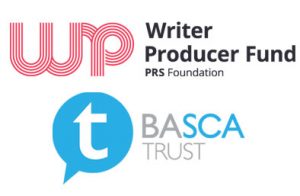 Who can apply?
Applicants must be:

Songwriters (behind the scenes creators of new music who don’t also perform or produce), or
Writer-producers (those working on production who contribute to the songwriting process and are acknowledged as writers), and
UK based PRS for Music members with a CAE number

Applications can be made by songwriters / producers directly or by their representatives. Those who can apply on their behalf include;

In addition, the fund is available to songwriters/producer-writers who may also perform as a way of making money, or to those known as artists who want to forge careers as songwriters. Support will only cover development of careers as songwriters. Any music creators considering themselves as performing artists first and foremost will be signposted to other schemes.

Visit the PRS Foundation website for full details and to apply.
The first deadline is Tuesday 12th December 2017 at 6pm.