The Music Producers Guild Awards 2017 gets underway on September 1st 2016 with the official opening of the online submissions process, which allows for the names of worthy recording professionals to be put forward for Awards consideration.

As in previous years, this part of the Music Producers Guild Awards process is open to everyone. There are 13 categories where anyone can submit a name. Recording professionals, managers and studio owners who would like to be considered are strongly recommended to get on-line and submit their own or their client’s names, rather than relying on other people to do it for them.

“The aim of the Music Producers Guild Awards is to ensure that creative people are properly acknowledged and credited for their work,” says Tony Platt, Managing Director of MPG Awards. “Winning an award shows that you have the respect of your peers because ultimately they are the people who have voted for you. But before that can happen, you must submit your own name or the name of someone you think is worthy of consideration in a particular category. Submissions have increased every year, as have the number of musical genres represented, but there is always room for more and we really would like to encourage as many people as possible to take part.” 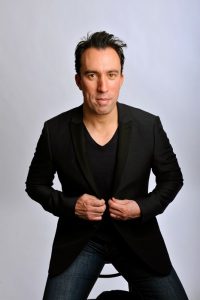 The 2017 Music Producers Guild Awards will take place on February 16th, 2017, at the prestigious Grosvenor House, Park Lane, London. Award-winning Absolute Radio DJ and Stand Up comic Christian O’Connell will be the presenter and once again the headline sponsor will be Prism Sound, who manufacturer specialist equipment for the pro audio and broadcast industries. Other key sponsors include PPL and the BRITS, which respectively support the Outstanding Contribution and Producer of the Year awards (the winner of the latter automatically receives a BRIT for Best Producer).

This year there are some changes to the Awards categories: the awards for Innovation and Inspiration have been combined into one gong for Inspiration, plus there is a new category for Self-Producing Artist that, as its name suggests, is open to projects produced by the featured artist.

“It made sense to combined Innovation and Inspiration into one award because innovators are inspiring and people who inspire are usually innovators,” Tony Platt adds. “This award, along with the award for Outstanding Contribution, is still in the gift of the MPG and we are currently deciding on the 2017 recipients.”

Another change to proceedings relates to the Album and Single of the Year Awards: entrants in these categories can now be considered on the basis of streamed material as well as downloads and physical releases. The only proviso is that streamed material must be paid for (via legitimate sites such as Spotify or Apple Music).

The submissions process for 2017 will remain live until September 30th 2016 to ensure that everyone has plenty of time to put suitable names forward for consideration.

The MPG 2017 Awards categories open for public submission are:

UK Producer Of The Year

International Producer Of The Year

Breakthrough Producer Of The Year

Recording Engineer Of The Year

Breakthrough Engineer Of The Year

Self-Producing Artist Of The Year

Mix Engineer Of The Year

Mastering Engineer Of The Year

UK Album Of The Year

Studio Of The Year

The MPG 2017 Awards categories in the gift of the MPG are:

The Award for Outstanding Contribution to UK Music

Tickets are available now for the MPG Awards event on Febrauary 16th, 2017.