The next MPG Awards event will take place in London on February 3rd, 2016, and preparations are underway for voting and judging in all the awards categories.

Anyone is free to upload their submissions for those whom they consider deserving of an MPG Award, and we also encourage all recording professionals to submit their own names rather than relying on other people to do it for them.

The Awards Submissions page is here – you have until midnight on Sept 30th to complete your uploads. Your don’t have to upload all of your submissions at once. You can return at any time to submit more.

Read more about the MPG Awards here, and details of the various MPG Awards categories are here.

Tickets for the MPG Awards event are on sale now and available here.

The Music Producers Guild Opens Submissions For Its 2016 Awards

This prestigious annual event will take place in London on Wednesday February 3rd 2016. 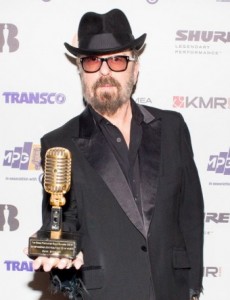 London, UK: The Music Producers Guild Awards 2016 gets underway on September 1st 2015 with the official opening of the online submissions process, which allows for the names of worthy recording professionals to be put forward for Awards consideration.

“This part of the Awards process is open to everyone,” says MPG Awards Group Director Tony Platt. “Anyone can submit a name, and indeed we encourage recording professionals to get on line at www.mpgawards.com and submit their own names rather than relying on other people to do it for them.”

Now in its eighth year, the Music Producers Guild Awards recognises the enormous contribution made to the international music industry by the UK’s top producers, engineers, remixers and mastering engineers. Previous award winners have included Sir George Martin CBE, Paul Epworth, Brian Eno, Trevor Horn and Dave Stewart, while those previously nominated for MPG Awards have over 80 Grammy Awards between them and have been involved in over 100 Top 10 UK albums and over 50 Top 10 UK singles during their careers.

The 2016 Music Producers Guild Awards will take place on February 3rd, 2016, at the prestigious Grosvenor House, Park Lane, London – a new venue for this event and one that offers the additional space needed to cater for ticket demand.

Once again, the headline sponsor for the Music Producers Guild Awards will be Prism Sound, a Queen’s Award-winning company that manufacturers specialist equipment for the pro audio and broadcast industries. Other key sponsors include PPL and the BRITS, which respectively support the Outstanding Contribution and Producer of the Year awards (the winner of the latter automatically receives a BRIT for Best Producer).

“I can’t stress enough how important the submissions are to the voting and judging process of our Awards,” Tony Platt adds. “We have been delighted with the year-on-year increase in submissions for all the categories and the growing recognition being afforded to the role of incredibly talented professionals from all genres. The Music Producers Guild Awards ensure that these creative people are properly acknowledged and credited and therefore it is very important for as many of the eligible people and projects as possible to be represented, so please get online and make sure everyone that has impressed you in the past year gets the credit they deserve.”

The submissions process for 2016 will remain live until September 30th 2015 to ensure that everyone has plenty of time to put suitable names forward for consideration. There are 12 Award categories that are open for submissions, while the remaining three (Outstanding Contribution, Award for Innovation and Award for Inspiration) are in the gift of the MPG.

The MPG 2016 Awards categories open for public submission are:

The MPG 2016 Awards categories in the gift of the MPG are:

Tickets for the MPG Awards 2016 are now available to order through the website. For full details of prices and offers please visit www.mpgawards.com/tickets.

Sponsorship opportunities are also available for the MPG Awards 2016 and any company that would like to be part of this exciting event should contact Joe Edwards. Telephone: +44 (0) 7701 030 513. Email: joe.edwards@kinc.com