A host of music industry VIPs and celebrities filled London’s Grosvenor House on Thursday for the 2020 Music Producers Guild Awards – an annual event that recognises the creativity, skill and talents of all music recording professionals.

The top accolade of Producer Of The Year was won by Dan Carey for his work on the Black Midi album ‘Ducter’, Kate Tempest’s ‘Firesmoke’ and Fontaines D.C. ‘Boys in the Better Land’.

Another notable winner was Stormzy who won The MPG Inspiration Award. He couldn’t be there is collect his award due to touring commitments, but sent a “huge thank you to The Music Producers Guild” and said he was “very proud” and “wished he could be there”. He also sent a shout out to Chris Andoh who was there tonight to take home the UK Single Song Release Of The Year award for, Stormzy’s huge hit single, ‘Vossi Bop’, which Chris co-wrote and produced.

Representing the female recording professionals was Marta Salogni, who won Breakthrough Producer Of The Year for her work with The Orielles, Georgia Ruth, Hero Fisher, Two Monkeys and Yak.

The 12th MPG Awards featured a total of 16 award categories, each designed to recognise and celebrate the best and brightest talent in music production, along with the industry’s rising stars. The event was hosted by broadcaster Mark Radcliffe.

Re-mixer Of The Year sponsored by Headliner
UNKLE

Breakthrough Producer Of the Year sponsored by Focusrite
Marta Salogni

Self-Producing Artist Of The Year sponsored by AVID
Matthew Healy, George Daniel (The 1975)

Breakthrough Engineer Of The Year sponsored by Genelec
Caesar Edmunds

Mastering Engineer Of The Year sponsored by Steinberg
Matt Colton

UK Album Of The Year sponsored by Daft Studios
The 1975: A Brief Inquiry into Online Relationships

The A&R Award, sponsored by The Association of Independent Music (AIM)
Ed Horrox

Studio Of The Year sponsored by MQA
The Church Studios

The MPG 2020 Awards categories in the gift of the MPG are: 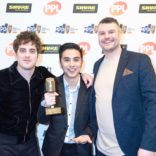 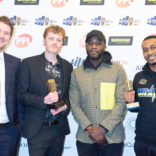 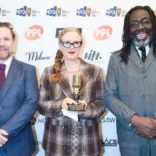