The Music Producers Guild has cemented its reputation for providing events which tackle topical issues in the music industry, in particluar those which affect record producers and recording artists, with the third event in the series entitled “Q-Time” on April 8th, 2013..

It is loosely based upon the BBC’s immensely popular Question Time programme and follows the same format; questions, submitted in advance, are presented to the selected panel, but not revealed until the event itself, thus ensuring a certain spontaneity and a level playing field. Slick, pre-prepared answers and detailed research are eschewed and the panellists are relied upon to provide insights into their own extensive experience in the music industry.

The aim is to inspire a lively and frank debate which will inform and stimulate the audience, whose participation is crucial to the dialogue.

Given the make-up of the panel, it was not surpirsing that the discussions followed a certain theme, stimulated by questions concerned with payments for and accountability of music streraming services and their role in compensating for falling sales of recorded music, the ability of the industry to support producers whose income depends upon royalty payments, the power of Google, and the Live Music Act.

• Everyone is always taking about piracy as a problem in the industry. This week the BPI announced that it has reached the 1 million mark for take down notices with Google. Is this the main way industry sees piracy being tackled?

• Can the music business afford to support record producers whose income is reliant upon royalties from falling record sales? If so, how will they be paid for their work?

• With so much licensing of music rights now being conducted directly by rights holders under Non-Disclosure Agreements rather than through collecting societies, how can any performers/producers/songwriters know they are being paid correctly?

• In my opinion services such as Spotify are really just a radio station and calling them a streaming service is surely just a way to avoid paying proper royalties as you would for a radio station. Isn’t it time something was done about this?

• Recent press announcements once again illustrate that the current government does little if anything to support the music industry. Last December, George Osborne announced financial help for the creative industries, but neglected to include the music industry, and we read last week that the Digital Economy Act, passed exactly three years ago today, has yet to be implemented. Are the various representatives of the music industry doing enough about this?

• The live music act was passed last year, what is the industry doing to make sure the full potential of the act is realised and what does this mean for musicians and venues in the UK?

• Given that many producers these days have to be part A&R, part manager, part writer, as well as engineering and production, does the panel have any advice or means of protecting a producer’s input in a low budget project where a lot of time spent may be on risk? 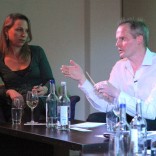 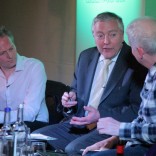 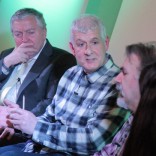 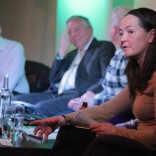