• Is the perceived lack of transparency regarding royalty payments from streaming services such as Spotify a cause for concern? Furthermore, does the fact that certain major rights holders own equity stakes in some of these services mean that accusations of ‘double dipping’ might reasonably be levelled?

• Many producers believe that they should, as a default position, in recognition of their intrinsic role in shaping performance in the studio, be automatically entitled to PPL payments along with performers. However, PPL itself seems less than sympathetic to this proposal. What does the panel thick about this controversial issue?

• The Digital Economy Act, passed exactly three years ago today, has yet to be implemented. Are the various representatives of the music industry doing enough about this?

• Is the interest and resurgence in the sale of vinyl an indication that the public are looking for a sonically higher quality product or do you think retro nostalgia has kicked in with a vengeance?

• In a world where new bands increasingly finance their own recordings and try to go ‘direct-to-fan’, who does the panel think is providing A&R, and are these traditional artist development functions being forgotten? 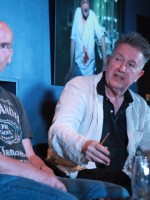 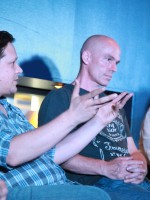 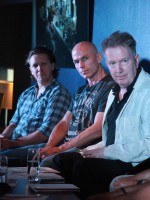