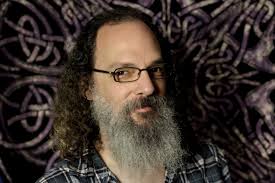 Lost In Translation with Andrew Scheps provides an engaging, revelatory and humorous presentation of current audio format comparisons. The demonstration showcases the auditory differences of master recordings played back in different formats such as vinyl, CD, MP3, AAC and online streaming models.
Scheps has engineered and mixed for some of the biggest acts in the business, including Adele, Metallica, Red Hot Chili Peppers, Linkin Park, Green Day and U2. He is a two-time GRAMMY® winner for his work on the Red Hot Chili Peppers’ Stadium Arcadium and Adele’s 21 albums and was named the 2012 International Engineer of the Year by the UK’s Music Producers Guild.